This open vision that I received on January 6, 2022 is the second installment to the prophetic dream that I had on April 6, 2021 — the Revelation 3:20 Moment. 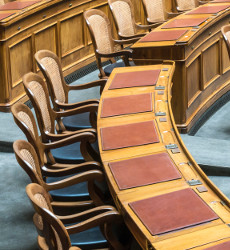 As I was praying on one of the mornings of our “Revelation 3:20 fast”, suddenly I saw an open vision! I saw a round table and immediately I knew that it was the Table of the Lord. Then Jesus came and sat at the Table as a King and the Commander–in–Chief of the LORD’s army!

(What came to mind pertaining to this Table was King Arthur’s round table.)

I saw clearly that He had a crown on His head and He carried a rod, a staff and book in His hand. It was obvious that He is a majestic King who is full of authority, and that He has a plan that He has worked out as the First and Last. There were keys tied around His kingly garment. I understood these as referring to the “key of David” in Revelation 3:7.

Then a voice proclaimed, “The Council of the Lord is about to convene. The invitation is given to all who would hear, prepare, and come before the Audience of the King. This is the divine summons to come before the table of the LORD for an Audience with the King. It is for the receiving of My divine order, strategy and battle plan for the battle that is to come!” Jesus will Himself personally bring us to stand before His presence and impart to us His orders from heaven, which will empower us to be ready.

Then the LORD began to speak to me through three specific passages — Revelation 3:20; Zechariah 3:1–8 and Zechariah 4:14. All three passages are vital to prepare us in order to lead us to Jeremiah 23:18.

“I am standing at the ‘door’ of the hearts of many of My people in this divine moment,” says the LORD to me, “I am knocking and calling. Whoever hears and opens the ‘door’, I will bring him to the ‘Table of the Lord’.” (i.e. Song of Songs 2:4 Table). Then the LORD emphasized these aspects of the revelation of Who He is that are vital for us to encounter in this season — He came with eyes like “flames of fire”, His heart burns like an eternal flame of fire, His right hand holds the seven stars, He has a sword that is girded around His thigh and the key of David tied around His belt.

I understood that He was directing us to the Seven Letters to the Seven Churches in Revelation 2 – 3. These will be two important chapters that will prepare the hearts of God’s people to enter into the “Revelation 4 door of glory”. 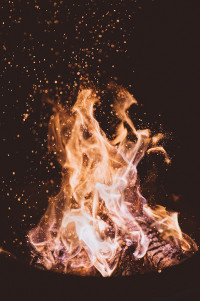 Then the scene switched to Zechariah 3:1–8 where I heard God giving His summons to come and stand before Him in the courts of heaven. The Lord said, “Come, stand before Me for a time of washing, removing, purifying and sanctifying.” It will be a time of cleansing by the blood, washing with His Word, removal by the renewing of our minds, and purifying by fire, until holiness and confidence are formed and forged in us.

(When we stand before the LORD, He will declare His truths over us. It will be a time where God declares who we are in Him, so that we are made clean, just as He did for Joshua, the high priest in Zechariah 3.)

The LORD will refine and purify every motive and intention, and He will also silence every accusation, shame, guilt and condemnation as these will keep us from receiving and speaking forth His prophetic word (Eph. 3:12; Heb. 4:16). We need to be established in the Zechariah 3 grace in order to stand at the Council of the LORD with confidence. It is because of His gentleness and grace that righteousness can be formed and forged in us (Ps. 18:35).

Then the scene switched to Zechariah 4:14 where I saw two olive trees. The Lord spoke clearly, “Now, come and stand beside me for a time of preparation, impartation and receiving of grace.” The Zechariah 4 grace is required for us to be ready for what is to come.

The LORD showed me four different numbers which symbolized the prophetic process of His preparation — “10”, “20”, “30” and “40”. He will bring us through a season of PERFECTION (1 Pet. 5:10) unto PROMOTION (Ps. 75:6–7) unto EMERGENCE (Ps. 78:72) and finally, the PROCESSION of His glorious Bride (2 Cor. 2:14). Then the LORD spoke again, “This is the season where you need to be established through a season of faithfulness unto forming and forging humility, integrity, purity, and righteousness in your character.” 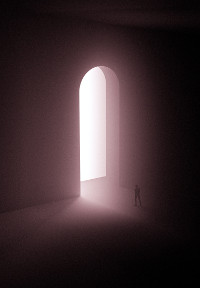 The vision finally switched to Jeremiah 23:18 where the LORD will bring us to the “Table of the LORD”. Then He gave a divine summons, “Now, come and stand in the counsel of the Lord where I will give My divine strategy, blueprint, heavenly order and battle plan.” This is a season of heavenly encounters, open vision, divine visitations and Throne–room encounters.

(Why a “round table”? The reason King Arthur used a round table was because he wanted the knights in his court to be considered equal. In like manner, it is the desire of Jesus’ heart to raise up an equally yoked Bride to partner with Him — those who understand Him, know Him and will stand as His friends. This vision is about the King who invites us to come to the Council of the LORD where He will give His order. He is not sitting on His throne to give His order; He is doing so at the round table of the LORD.)